Affected by Covid-19, many foreign-funded enterprises in China are also facing difficulties in fulfilling contracts and delivering goods on time. CCPIT has been not only issuing force majeure certificates for the need of domestic enterprises, but also providing consulting and certification-issuing service on factual proof concerning the epidemic for foreign-funded enterprises in China, in order to help them safeguard their rights and interests, reduce losses and continue to optimize the business environment.

It is reported that until March 11, a total of 103 commercial certification authorities of national trade promotion system had issued 5637 force majeure certificates, covering a total contract value of about 503.5 billion yuan.

Join AmCham South China and Anderson & Anderson LLP to learn more about Application of Force Majeure and Change of Circumstances caused by the Outbreak of Coronavirus on Contractual Performance. 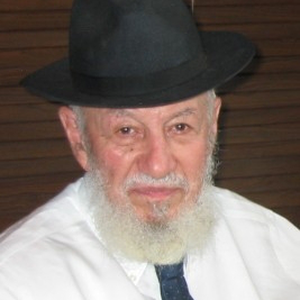 David C Buxbaum who was born in New York, has been primarily resident in Asia since 1963, in China since 1972; and in Mongolia from 1990. Mr. Buxbaum has a BA (NYU), JD (University of Michigan), MA (University of Washington) and a PhD (University of Washington), the latter two degrees in Asian law, with a specialty in Chinese law. Mr. Buxbaum was a fellow at Harvard University of 1962-1963. Mr. Buxbaum left academic life where he taught law, including Chinese law in the USA and Singapore, to join the law firm of Anderson, Mori & Rabinowitz as a junior partner in 1968, where he worked primarily on joint ventures for American companies in Japan and on Hong Kong legal matters. In 1970, Mr. Buxbaum formed the Asian offices of the predecessor of the firm, Anderson & Anderson, LLP, and continued to be active in USA legal practice, particularly in corporate finance, securities and commodities fields.

Mr. Buxbaum is fluent in both oral and written Chinese. He was the first American lawyer invited to China to represent American business interests in 1972, after President Nixon’s historic visit. He founded the firm’s first office in Guangzhou (Canton). Subsequently, the predecessor firm opened offices in Hong Kong, Beijing, Shanghai, Xiamen, Shenzhen, Chongqing, Chengdu and Mongolia and closely affiliated offices in Bombay, India. Mr. Buxbaum is a well regarded expert on private international and Asian law who, in addition to being an experienced and highly respected practitioner, has also published extensively in the field. He was originally the primary author and reviser of the China Law, Mongolia Law and Macau Law Digests for the Martindale-Hubbell directory until 2007.

In addition to international transactional matters and work in the securities and commodities fields, Mr. Buxbaum, is also professionally active in litigation, particularly regarding international business disputes, intellectual property and commodities and securities matters. He represented the successful respondents before the United States Supreme Court in the landmark case ofButz v Economou 438 U.S. 478 (1978) successfully handled a leading IP case in China, namely Microsoft vs Juren (Zhong jing zhi chu zi No.586, 1994), which trial was broadcast nationally in China; and he has been active in litigation and arbitration in China, Japan, Mongolia, USA, and Hong Kong. 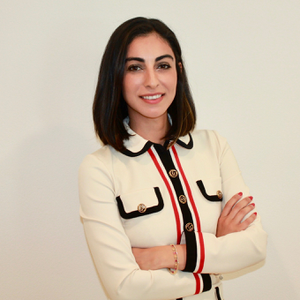 LEGAL EXPERIENCE
Anderson & Anderson LLP, Guangzhou, China July 2018- Present
Associate
• Representation of foreign clients in Hong Kong in litigation and arbitration matters. Responsibilities include: conducting all legal research and drafting of legal papers, motions and court submissions; advising client in the creation of a strategic action plan for litigation and arbitration, including strategic plans for equitable settlement of disputes; preparation of oral arguments for hearings and trials; and drafting of all transactional documents for commercial matters including joint venture agreements, distribution agreements, and shareholder’s agreements.
• Assist foreign entities in commercial procedures regarding registration and/or deregistration of businesses in Hong Kong, advising on commercial contracts and commercial litigation disputes.
• Advise and assist foreign clients on building their corporate structure in compliance with Hong Kong, PRC law, US Law and in some cases EU law.
• Attend networking events to increase client development for the firm.
Legal Specialist
• Representation of US and Chinese clients. Responsibilities include attending hearings, client meetings, drafting all legal papers and conducting research to build the client's case.
• Conduct legal research in US and foreign law using Lexis Nexis database.
• Draft and revise contracts, motions, briefs and memorandum.
Philippe and Partners, Brussels, Belgium May 2016-July2016 Legal Assistant
• Assisted Mr. Philippe on his personal cases. Work included researching local and EU precedent law and preparing briefs for supporting arguments, responses and defenses.
• Contributed in the writing of Law Articles analyzing the possible effects of the Brexit and other issues affecting trade and regulation in Belgium and the EU.
• Reviewed Mr. Philippe’s arbitration file and draft memorandum that included analysis of statements of defense of both parties, precedent law, and analysis of potential outcome in order to facilitate Mr. Philippe’s decision as arbitrator.
• Regularly attended trials at the small claims court house and shadow senior attorneys.
Jausas Legal, Barcelona, Spain June 2015-August 2015 Property Litigation Assistant
• Assisted attorneys in the Property Litigation department with exposure to Catalan, Spanish and EU law.
• Attended attorney client meetings and noted the main legal issues of the client in order to research relevant civil code and precedent to prepare legal memoranda analyzing the issues.
• Conducted extensive research using tools such as Codigo Civil de Cataluña and Aranzadi Thomas Reuters.
• Drafted and translated sale of land transaction contracts and prenuptial agreements to be submitted to clients.
PROFESSIONAL EXPERIENCE
HVAC Mirage, San Diego, CA January 2017-August 2018
Head of Operations
• Manage all major departments of the corporation including the logistics team, sales force, marketing and publicity, human resources, IT, and R&D in order to ensure all goals are being met on a weekly, monthly and quarterly basis.
• Create and implement processes and procedures for the most effective execution of day to day operations.
• Negotiate agreements with our Chinese manufacturers as well as with our major distributors and draft the contracts accordingly.
SKILLS AND INTEREST
Skills: Spanish Fluency (Native), Bicultural, International Relations, Interpersonal Skills, Conflict Resolution, Business Acumen and Organizational skills.