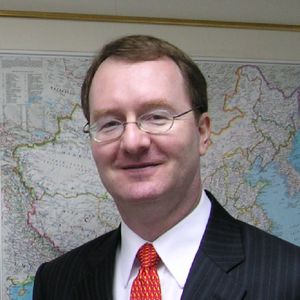 Called “one of the world’s reigning strategy gurus” by the Academy of International Business, Michael Enright is a world leading expert on competitiveness, national and regional economic development, and international business strategy. He is Professor at the University of Hong Kong, Director of Competitiveness Programs at the Hong Kong Institute for Economics and Business Strategy, and Co-Founder and Advisory Board Member of The Competitiveness Institute, a global professional body with affiliates in more than 100 nations. He is Director at Enright, Scott & Associates, an economic and strategic consultancy, an Independent Non-Executive Director of Johnson Electric Holdings, and a former faculty member of the Harvard Business School.

Professor Enright has directed major reviews of the competitiveness of more than 20 economies on five continents and has co-authored or co-edited fifteen books, including China Into the Future: Making Sense of the World’s Most Dynamic Economy, The Greater Pearl River Delta, Regional Powerhouse: The Greater Pearl River Delta and the Rise of China, The Hong Kong Advantage, Australia: From Lucky Country to Competitive Country, Studies in Swiss Competitiveness, Venezuela: The Challenge of Competitiveness, and Upgrading New Zealand’s Competitive Advantage. His work on competitiveness and on the economies of Hong Kong and China has been featured in Asian Business, Asia Inc, the Asian Wall Street Journal, Business Times, BusinessWeek, The Economist, the Far Eastern Economic Review, the Financial Times, Fortune, the Harvard Business Review, Newsweek, the South China Morning Post, the Straits Times, Time, the Wall Street Journal, the Washington Post, WorldLink, the Yale Review of Books, and many others. His Developing China: The Remarkable Impact of Foreign Direct Investment, sponsored by the Hinrich Foundation (https://hinrichfoundation.com/trade-research/fdi-in-china/), is a comprehensive and ground-breaking study of foreign investment in China and its impact on China’s economy. Most recently, he has completed a nine-month study of the Greater Bay Area sponsored by the 2022 Foundation (http://www.2022foundation.com/publications.html).

Professor Enright received his A.B. (with honors), his M.B.A. (with distinction), and his Ph.D. (in Business Economics as a Dean’s Doctoral Fellow) all from Harvard University. Before coming to Asia in 1996, Enright spent six years as a Professor in the Competition and Strategy Group at the Harvard Business School, where he helped found the modern school of competitiveness analysis. 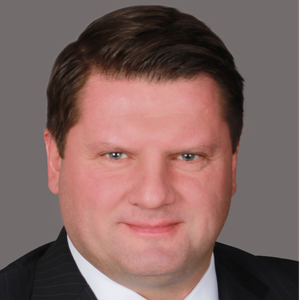 Based in New York City, he serves as Chairman of the U.S. RMB Steering Committee. In this role, he assists clients with Asian & RMB related business in the Sino-Americas corridors.

Maciak leads the articulation, coordination and execution of HSBC’s China-related business strategy for Banking clients in the Americas.

Maciak has more than 18 years of management experience and has worked in various departments within HSBC. He joined HSBC in 2001 from Morgan Stanley.

Winner of 2017 Oslo Business for Peace Award, Awarded by the Committee of Nobel Laureates in Peace and Economics
Among less than 20 individuals to be awarded the Thomas Jefferson Initiated “Peace Through Commerce Medal” by the U.S. Government since its inception in 1790 and the only person in history to have been awarded both the Oslo Business for Peace Award and the Peace Through Commerce Medal.
Among 228 individuals from around the world to have been nominated and subsequently shortlisted in March 2016 by the Nobel Committee for consideration for the 2016 Nobel Peace Prize.
President, the American Chamber of Commerce in South China
President, Allelon Energy Partners
Visiting Scholar, Jinan University, PRC

This is a past event